This is a personal and professional blog that I’ve started and stopped for the better part of 8-10 years since 2008.
I’ve picked this thing up… and put it down so many times that it feels ridiculously trite to be giving it another go.

But something began to happen over the last couple of years that has affected my feelings about my words and most prescient thoughts that’s been shared over the years.

As someone who is insanely curious…and who likely has some form of adult ADD…I couldn’t resist the pull of the newest social platform to shotgun my musings across the web to anyone who’d listen. Facebook, Twitter..then Google+, then back to Facebook… all got the best pieces of me over the last 10 years.

But as I played the social currency game I noticed a slow downtick in the quality of what I was posting. It was the incessant nature of news feeds like those on Facebook and Twitter kneecapping free-form posts. This structure sometimes forced a conciseness… when context…really would matter to those who were reading.

The disappearance of even that..into the ether …just stopped sitting well with me.

I live in Metro Phoenix.  Before that Atlanta, and Detroit where I grew up. Most of my professional career has been spent doing product and promotional design in large mature industries (Financial, DOD, Pharmaceutical, and Airlines).

I fell into this vocation about 20 years ago after getting laid off.  as a technical recruiter. The company agreed to pay for any retraining I wanted to take. As a technical recruiter, I had been placing network security professionals at various startups. Guys with 2-3 years experience were starting off at over 120k. This was in 1999 mind you. What 20 something could turn that income down?

I soon learned a life lesson that has stuck with me ever since. No amount of money will ever sooth the ache of doing something you aren’t passionate about.

The training was the driest.. most uninteresting thing I’ve ever tried to do in my entire life. It was pure torture..except this one module on web design. It was a small afterthought of a section as websites really hadn’t gotten that advanced.  I finished my training but opted to go into web design. Over the years I’ve grown a keen eye for visual design. Specifically, user-centered design.

I freelanced for about 3-5 years before I got good enough to be taken seriously by a number major companies. Since that moment I never looked back. It has been a true blessing to find something that I think about whether I’m working on a project, driving down a coast, or on an airplane to vacation with my kids.

What also has never been far from my heart, is my desire to make a dent in the universe. And especially in the lives of black people. Which is why I started Urban Folk. 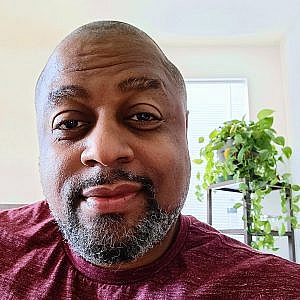 I'm a Product Design Engineer and Entrepreneur currently residing in the Metro Phoenix area. Most of my professional energies are focused on black business ownership & content creation.